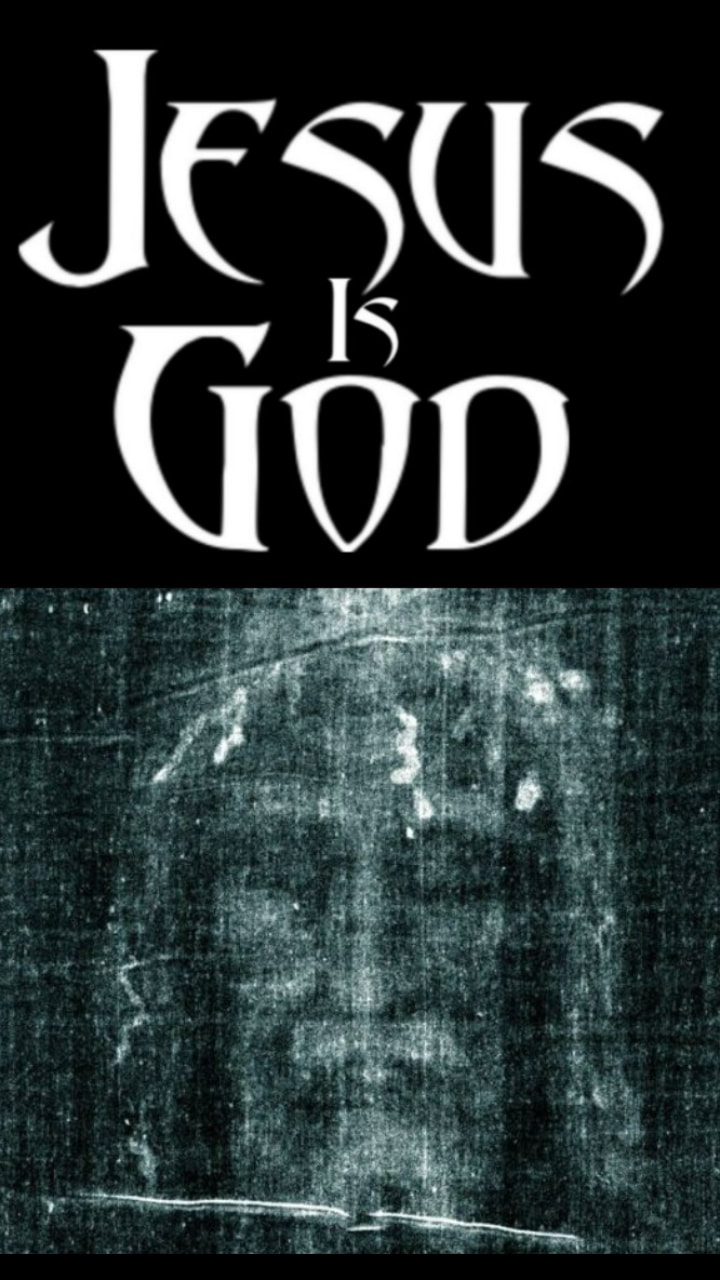 In John 1.18 it says no man hath seen God at anytime. However the Bible says many times that God has been seen; Exodus 24.10-11 is just one example of this, the God of Israel was seen and he did not lay his hand upon them. If Exodus 24.10-11 and John 1.18 meant to say God has been seen and not seen in the same way at the same time, then that would violate the law of non-contradiction.

The Bible says God has been seen and that God has not been seen. Don't let this truth confuse you; this is no different than response you would receive from asking a person (who has only seen a picture of Israel) if they have seen Israel? They could rightly answer both yes and no, God likewise has made his presence visible by taking on different forms.

Isaiah 6:5
Then said I, Woe is me! for I am undone; because I am a man of unclean lips, and I dwell in the midst of a people of unclean lips: for mine eyes have seen the King, the LORD of hosts.

Exodus 24:10-11
And they saw the God of Israel: and there was under his feet as it were a paved work of a sapphire stone, and as it were the body of heaven in his clearness. [11] And upon the nobles of the children of Israel he laid not his hand: also they saw God, and did eat and drink.

Exodus 19:17-24
And Moses brought forth the people out of the camp to meet with God; and they stood at the nether part of the mount. [18] And mount Sinai was altogether on a smoke, because the LORD descended upon it in fire: and the smoke thereof ascended as the smoke of a furnace, and the whole mount quaked greatly. [19] And when the voice of the trumpet sounded long, and waxed louder and louder, Moses spake, and God answered him by a voice. [20] And the LORD came down upon mount Sinai, on the top of the mount: and the LORD called Moses up to the top of the mount; and Moses went up. [21] And the LORD said unto Moses, Go down, charge the people, lest they break through unto the LORD to gaze, and many of them perish. [22] And let the priests also, which come near to the Lord , sanctify themselves, lest the LORD break forth upon them. [23] And Moses said unto the LORD , The people cannot come up to mount Sinai: for thou chargedst us, saying, Set bounds about the mount, and sanctify it. [24] And the LORD said unto him, Away, get thee down, and thou shalt come up, thou, and Aaron with thee: but let not the priests and the people break through to come up unto the LORD, lest he break forth upon them.

Exodus 34:5-6
And the LORD descended in the cloud, and stood with him there, and proclaimed the name of the LORD . [6] And the LORD passed by before him, and proclaimed, The LORD, The LORD God, merciful and gracious, longsuffering, and abundant in goodness and truth,

Genesis 17:1,22
And when Abram was ninety years old and nine, the LORD appeared to Abram, and said unto him, I am the Almighty God; walk before me, and be thou perfect. [22] And he left off talking with him, and God went up from Abraham.

Exodus 4:1-5
And Moses answered and said, But, behold, they will not believe me, nor hearken unto my voice: for they will say, The LORD hath not appeared unto thee. [2] And the Lord said unto him, What is that in thine hand? And he said, A rod. [3] And he said, Cast it on the ground. And he cast it on the ground, and it became a serpent; and Moses fled from before it. [4] And the Lord said unto Moses, Put forth thine hand, and take it by the tail. And he put forth his hand, and caught it, and it became a rod in his hand: [5] That they may believe that the Lord God of their fathers, the God of Abraham, the God of Isaac, and the God of Jacob, hath appeared unto thee.

In Genesis 32:24,30 it says that Jacob wrestled with " a man" and after this encounter he said he had seen God and his life was preserved. Not only that but he named the place Peniel, which means face of God. This encounter is mentioned again by God in Genesis 35.1 where God tells him to make an altar to God who appeared to him when he fled from his brother Esau, this is always mentioned again in verse 7. This is confirmation that the man Jacob saw truly was God. In verse 9 and 15 it says God appeared to him again and went up from him.

In Genesis 32:24,30
And Jacob was left alone; and there wrestled a man with him until the breaking of the day. [30] And Jacob called the name of the place Peniel( Face of God): for I have seen God face to face, and my life is preserved.

Genesis 35:1,3,7,9,13,15
And God said unto Jacob, Arise, go up to Beth-el, and dwell there: and make there an altar unto God, that appeared unto thee when thou fleddest from the face of Esau thy brother. [3] And let us arise, and go up to Beth-el; and I will make there an altar unto God, who answered me in the day of my distress, and was with me in the way which I went. [7] And he built there an altar, and called the place El-beth-el (God of the house of God): because there God appeared unto him, when he fled from the face of his brother. [9] And God appeared unto Jacob again, when he came out of Padan-aram, and blessed him. [13] And God went up from him in the place where he talked with him. [15] And Jacob called the name of the place where God spake with him, Beth-el (originally called Luz).

Genesis 28:16-22 KJV
And Jacob awaked out of his sleep, and he said, Surely the Lord is in this place; and I knew it not. [17] And he was afraid, and said, How dreadful is this place! this is none other but the house of God, and this is the gate of heaven. [18] And Jacob rose up early in the morning, and took the stone that he had put for his pillows, and set it up for a pillar, and poured oil upon the top of it. [19] And he called the name of that place Beth-el: but the name of that city was called Luz at the first. [20] And Jacob vowed a vow, saying, If God will be with me, and will keep me in this way that I go, and will give me bread to eat, and raiment to put on, [21] So that I come again to my father's house in peace; then shall the Lord be my God: [22] And this stone, which I have set for a pillar, shall be God's house: and of all that thou shalt give me I will surely give the tenth unto thee.
Genesis 48:3
And Jacob said unto Joseph, God Almighty appeared unto me at Luz in the land of Canaan, and blessed me,

​Hosea 12:3-5 KJV
He took his brother by the heel in the womb, and by his strength he had power with God: [4] Yea, he had power over the angel, and prevailed: he wept, and made supplication unto him: he found him in Beth-el, and there he spake with us; [5] Even the Lord God of hosts; the Lord is his memorial.

And the angel of God spake unto me in a dream, saying , Jacob: And I said, Here am I. [12] And he said, Lift up now thine eyes, and see, all the rams which leap upon the cattle are ringstraked, speckled, and grisled: for I have seen all that Laban doeth unto thee. [13] I am the God of Beth-el, where thou anointedst the pillar, and where thou vowedst a vow unto me: now arise, get thee out from this land, and return unto the land of thy kindred.

Exodus 3:2,6
And the angel of the LORD appeared unto him in a flame of fire out of the midst of a bush: and he looked, and, behold, the bush burned with fire, and the bush was not consumed. [6] Moreover he said, I am the God of thy father, the God of Abraham, the God of Isaac, and the God of Jacob. And Moses hid his face; for he was afraid to look upon God.

​Genesis 12:7
And the LORD appeared unto Abram, and said, Unto thy seed will I give this land: and there builded he an altar unto the LORD , who appeared unto him.

Exodus 6:2-3
And God spake unto Moses, and said unto him, I am the LORD : [3] And I appeared unto Abraham, unto Isaac, and unto Jacob, by the name of God Almighty, but by my name Jehovah was I not known to them.

Exodus 14:19
And the angel of God, which went before the camp of Israel, removed and went behind them; and the pillar of the cloud went from before their face, and stood behind them:

1 Samuel 3:21
And the LORD appeared again in Shiloh: for the LORD revealed himself to Samuel in Shiloh by the word of the LORD .

​The veil of God-Jesus flesh.
Leviticus 16:2
And the Lord said unto Moses, Speak unto Aaron thy brother, that he come not at all times into the holy place within the vail before the mercy seat, which is upon the ark; that he die not: for I will appear in the cloud upon the mercy seat.
​
Hebrews 10:20
By a new and living way, which he hath consecrated for us, through the veil, that is to say, his flesh;

Genesis 15:1-2
After these things the word of the LORD came unto Abram in a vision, saying, Fear not, Abram: I am thy shield, and thy exceeding great reward. [2] And Abram said, LORD God , what wilt thou give me, seeing I go childless, and the steward of my house is this Eliezer of Damascus?